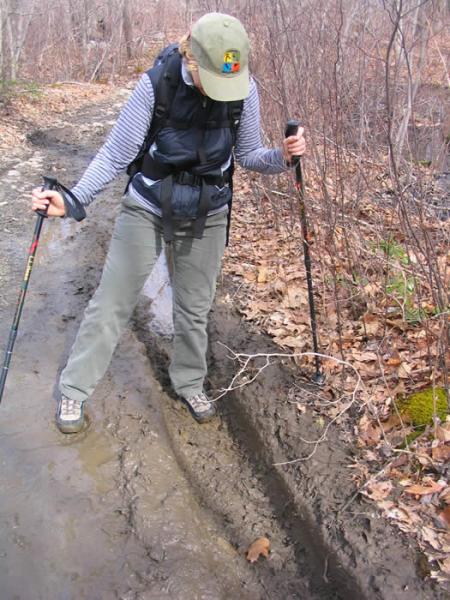 Unregulated use of all-terrain vehicles (ATVs) are major causes of damage to trails and natural open space. The New York-New Jersey Trail Conference is spearheading efforts for state and local governments to adopt regulations and provide enforcement of responsible use of these vehicles.

Our Position
Movement on the ATV/ORV issue is beneficial to all parties. By having restrictions that are more stringent on ATV/ORV usage, there will be a stronger focus on safety and responsible use of these vehicles. This will also help maintain trails that many people have spent large amounts of time and energy to create for others to enjoy.

In addition, this push shall make the State see that properly mandated space for ATV/ORV usage must be given, so that people may ride freely, without fear of legal or environmental repercussions.

S2055 and A823, the registration, identification and enforcement legislation bills moving through the New Jersey Senate and General Assembly respectively, will be up for full votes in both chambers after the November elections.

S2055 was reported out of the Senate Environment Commttiee.

A823 has been reported out of the required Assembly committees and has been amended on the Assembly floor twice already, so it is ready for a full vote, and will move forward as soon as the Senate version is ready to move to the floor for a full chamber vote.